In 1997, I quit taking drugs and turned back to Christ. One of the ways God had spoken to me and started turning my heart was hearing Christmas Carols sung to us while I was a prisoner in San Quentin. So I really wanted to return the favor as a free man and started planning to go back in with my coworker’s husband, but he no longer did that. However, when I mentioned the situation to my boss, Steve Connolly, he referred me to Kevin, a man who was involved in prison ministry. Kevin was not able to help with access to San Quentin, but he invited me to join him at a California Youth Authority (CYA) penitentiary, and in 1999 I went back inside prison walls for the first time. The sight of razor wire immediately overwhelmed me with such a profound sense of what God had brought me out to the point that I began to weep almost uncontrollably.

My prison ministry experience began by just talking real about life and Jesus with 13 to 17 year olds, and then expanded to doing the same with 18 to 25 year olds. I would do this by taking one day off work without pay each month. I believed God wanted me to do it and I was so blessed to be able to give back just a little knowing I had been given so much! As time went on, I would share with my boss, Steve, some of the amazing stories of prisoners repenting and asking Jesus into their hearts. Then, in 2003, Steve told me that God had put it on his heart to support my prison ministry and he asked, “What do you call it?” It was then I realized I had not even thought about naming the ministry let alone what the name should be, and I had no response. So I searched my heart for thoughts and quickly recalled a message about mercy and grace that Pastor Steve Madsen of Cornerstone Fellowship had preached. In the 5 years I had been attending Cornerstone, it was the only time he had described mercy as “not getting what we deserve,” and grace as “getting what we don’t deserve.” This had always stuck with me, so I went back into my boss’ office and told him that I believed God wanted me to call it “Mercy and Grace Ministries.”

Eventually, God put it on my heart to form Mercy and Grace Ministries as a nonprofit corporation, so in 2007 I established a board and Sam Kawar helped me apply to become a 501c3 corporation registered in the State of California. Sam said that it normally takes 6 months to hear back from the State, but 2 months later Mercy and Grace Ministries was approved – the fastest Sam had ever heard of. When you are doing what God wants you to do, look out, He will open doors for you! God can speak to us through His Word, circumstances, other people or a whisper, and sometimes what He tells us to do makes no sense at all. This happened to me one day in 2009 when God told me to quit my job, which was my main and pretty much only source of income. Unbelieving at first, I asked Him about it the next day and again He told me to quit my job. Still, I persisted in asking him again on day 3, day 4, day 5 and day 6, and I kept getting the same answer. When I asked Him yet again on the 7th day He said, “Why do you keep asking me something that you already know the answer to?” So I gave notice that day even though people said that I was crazy for quitting my job on purpose. Now, as I look back over the years since I quit my job, I realize that I haven’t missed any meals and all my needs have been met.

It is evident that God decided that He wanted to use Mercy and Grace Ministries to reach hundreds of people with the love of Jesus Christ, and it all began with a repentant former drug dealer and ex-convict, which makes no sense at all. Mercy and Grace Ministries is an example of the truth we find in Proverbs 3:5, “Trust in the Lord with all of your heart and lean not on your own understanding.” God’s will for us is the best!

Chris Mullen is featured in this book on Dec 22nd. A powerful story how God worked His story full Circle in San Quentin State Prison. Click on the picture to buy a copy. 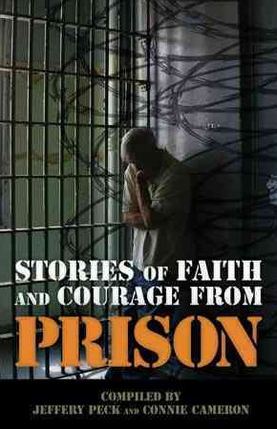